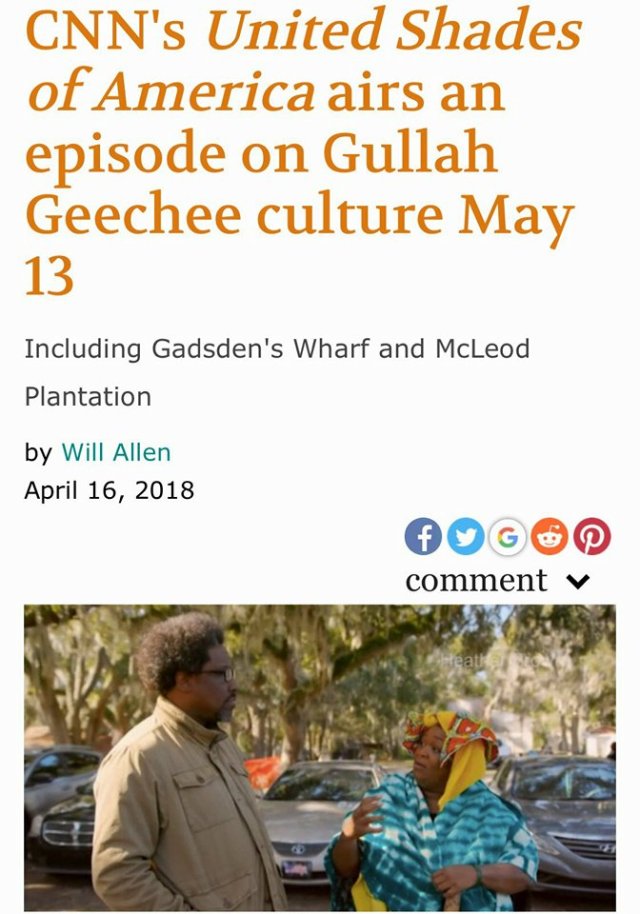 “Circle Unbroken” is a Gullah journey from Africa to America which was filmed on location in the Sea Islands of Beaufort, South Carolina.

Cultures, customs, history, beliefs and languages have been passed down to the next generation through storytelling, music and the written word. Anchor Media Group continues this tradition with the launch of the Gullah.TV website and our innovative video, Circle Unbroken. “Circle Unbroken” tells the story of the Gullah Journey from Africa to America and is part musical performance, part documentary and portrays the origins of the Gullah culture from its early roots in Africa to modern time. It was shot entirely on location in and around Beaufort and the Sea Islands of South Carolina.

Gullah people are descendants of slaves who lived in the Lowcountry and on the Sea Islands, and developed a unique language and culture. Aunt Pearlie Sue is the performance name for Anita Singleton-Prather, a native of the Sea Islands and founder of The Gullah Kinfolk. Singleton-Prather and her 20-person ensemble spread the cultural history of the Gullah lifestyle through language, dance, music, food and crafts. Singleton-Prather wrote “Circle Unbroken” and narrates the film. “Circle Unbroken” is the latest project from producer Ron Small, who has worked with Aunt Pearlie Sue and The Gullah Kinfolk dozens of times over the past 17 years.

Filming this landmark video required a cast and crew of more than 100 dedicated people. Everyone worked tirelessly to ensure this “history of a people” was told both accurately and respectfully. You can get an idea of what happened during the filming of this project by viewing our behind-the-scenes photos.